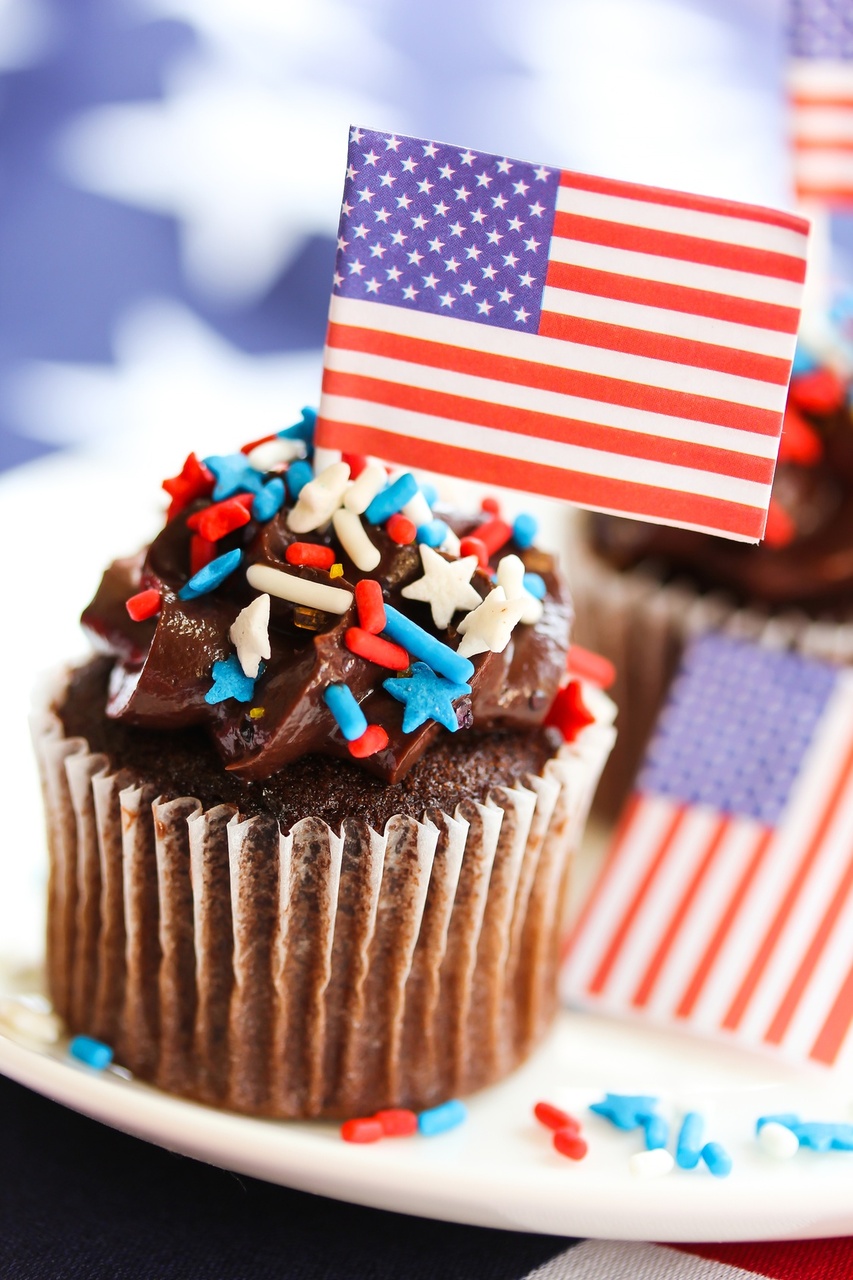 Bake July 4th cupcakes to help celebrate 4th of July festivities with family and friends. Get creative with your 4th of July cupcake recipes by serving non-traditional, out-of-the-ordinary delicious and imaginative cupcakes! For an extra special touch, bake the cupcakes in silver foil cups, and serve them on silver platters! 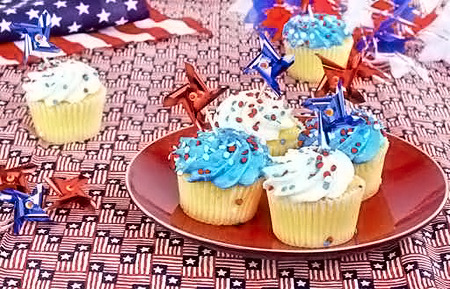 For inspiration, check out these 4th of July cupcake ideas: 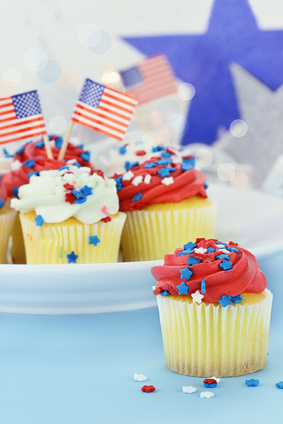 In addition to the cupcake ideas above, you can also decorate your July 4th cupcakes with patriotic baking cups, patriotic cupcake toppers, and serve on patriotic serving trays. Mini American flags on toothpicks are also perfect to stick into any July 4th cupcake recipe!